what do we provide:

multiple modes of payment – currently credit card, debit card, netbanking, cheque and cash pickup
customized Thank You mail and 80G receipt on behalf of the NGO to the donor immediately on confirmation of the donation

we believe that the NGOs working directly with the underprivileged sections of society have the most inspiring stories of human achievement and social transformation. these stories are key to inspire retail individual donors, engage them and retain them to increase their giving over time. retail donors, indeed, are key to an organization’s success, not only in fundraising but in achieving social change by impacting the hearts and minds of hundreds, thousands, millions and billions!

benefits of individual donors for an NGO:

* retail donors help to ensure that an NGO is not too dependant on few sources of funding
* retail donors are less susceptible to vagaries of the economic cycle unlike corporates and foundations whose contributions are strongly correlated with their financial performance
* individuals if engaged well can give for life unlike corporates/foundations which tend to have a 3-5 year timespan of giving to a single organization
* individuals can raise money for the NGO by fundraising amongst their friends, family and colleagues and referring NGOs to corporates & foundations
* involving individuals to support an organization is the best way to help expose the problem to a larger set of people who all can help in bringing about the desired social change

and the most efficient and convenient for retail donors to give is online through a payment gateway. yet we have observed that NGOs face tremendous obstacles in getting a payment gateway from payment aggregators and banks. even if they get a payment gateway they have to pay a premium to other merchants. in addition they struggle technologically to integrate (which is an additional cost for the NGO) and manage the same in full compliance with the law. we strongly believe that non-profits must have access to the same set of payment options to collect donations as a for-profit has to maximise revenues. indeed it is imperative to provide this superlative experience to today’s customer to build a loyal supporter base over time.

danamojo is an online payment solutions platform built to fundamentally transform the way NGOs interact and engage with their donors with the eventual purpose of increased giving. our initial goal is to equip 10,000 NGOs with an easy way to collect donations from their supporters and provide tools and systems to help them better interact with their donors in a consistent and convenient manner. we believe this can have a transformative effect on giving in this country. 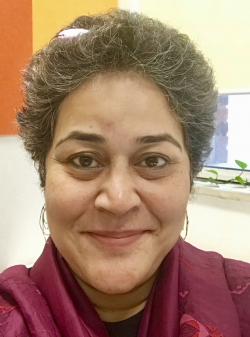 Ingrid Srinath has been a passionate advocate for human rights, social justice and civil society in India and around the world for the past 20 years. Prior to that she spent 12 years in advertising and market research with Lowe and Grey Worldwide. At CRY (Child Rights and You), Ingrid helped build brand and fund-raising systems, led the national coalition to make education a fundamental right, enhanced its global reach and guided the organisation’s transition from a relief-oriented charity towards rights-based advocacy and movement-building. From 2008-12, as Secretary General of CIVICUS: World Alliance for Citizen Participation, an influential global network dedicated to defending and strengthening civil society throughout the world, Ingrid helped restructure and reorient CIVICUS towards financial stability, accountability to its member base and strengthened its leadership of civil society in international fora like the UN, World Bank, IMF, OECD and the World Economic Forum. She served as Executive Director of CHILDLINE India Foundation, India’s emergency helpline for children in distress from 2013-14 and was subsequently CEO of Hivos India Advisory Services, a for-profit venture from the Dutch INGO Hivos.

Ingrid joined the Centre for Social Impact and Philanthropy at Ashoka University as its Founder Director in 2016. The Centre, the first of its kind in India, aims to strengthen the ecosystem for philanthropy and social impact in India through cutting edge research, high level capacity building and convening, and engagement with students at Ashoka and beyond. 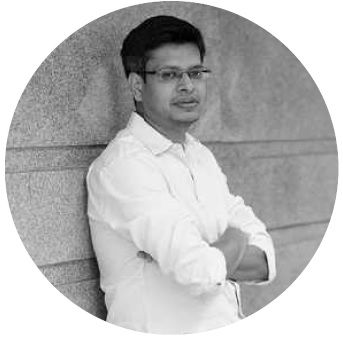 Jitendra was Founder and MD of Citrus Pay, a leading digital payments company in India. Post acquisition of Citrus Pay by Naspers, he leads the consumer businesses at the combined entity, PayU India, as their Managing Director. He has more than 12 years of work experience in banking and financial services industry and considered an expert in payments industry. Prior to Citrus, he was working with ICICI bank for 7 years, wherein he was part of founding team of Retail cross sell and Investment banking division in the bank. During his last stint with the bank, he led the whole initiative of stitching a joint venture between ICICI bank and First Data in Indian market. This was a unique JV ever done between a bank and an independent payments company.

During his tenure at Citrus, he grew the company to a 300 member+ strong team. Citrus counted its investors base from Sequoia Capital and E-context Japan to Ascent Capital in Series C round. He also led Citrus to the largest all-cash deal in the fintech space in India, with the acquisition of Citrus by Naspers Group in September 2016. He graduated from Sydenham College, Mumbai and is a qualified Chartered
Accountant. 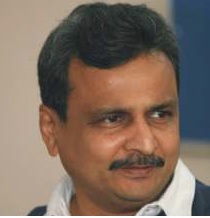 Nimeshbhai, as he is fondly known, is the co-founder of Caring Friends(CF). He has spearheaded the growth of the organisation since 2005. His main focus is on “quality” and to strengthen the organisational fundamentals. A keen social entrepreneur, he recognizes a social problem and undertakes painstaking research and background checks to identify a credible and efficient social organization in that space for ‘Caring Friends’ to support, nurture and grow. He is very passionate about visiting all CF associated organisations in different states of India on a regular basis for continuous evaluation – many time with new potential donors and supporters. Nimesh is working to build a solid team to take the ‘Caring Friends’ platform to a truly national level

He describes himself as literate with a B. Com degree, working as an investor but whose true education started in Caring Friends. 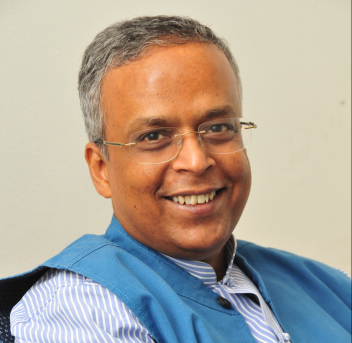 Suman has been the CEO of Euro RSCG India for 5 years and Chief Strategy Officer for Euro RSCG Asia Pacific. He was the Chairman of Euro RSCG’s emerging markets planning council and a member of the global management committee. Lastly, he was Vice Chairman & Chief Strategy Officer of FCB Ulka Group in India. Suman Srivastava is the Founder and Innovation Artist at Marketing Unplugged. He is also the author of Marketing Unplugged: Spotting the elephants in the room. The focus of Marketing Unplugged is to help Indian companies create marketing innovations and thus achieve extraordinary growth. In this capacity, he has been associated with brands such as Raymond (suitings), CaratLane (online jewellery), Network18 (media), Sweekar (cooking oil), Spuul (entertainment app), Johnson & Johnson (OTC), Navneet (stationery) and FCB Ulka to name a few. Suman loves startups. He was part of the team that started SSC&B Lintas and later part of the team that started Euro RSCG India.

Suman believes that he was put on earth to be a teacher. He loves teaching and has taught at IIMs in Ahmedabad & Bangalore, ISB Hyderabad, IITs at Bombay & Kharagpur, MICA and several other management institutes across the country. He is active in the voluntary sector where he works on causes that range from schooling for slum children to child sexual abuse to rural tourism to getting India to give more. He is a trustee of two NGOs, an adviser to a third and a volunteer with several others. 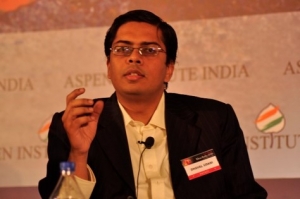 in his last role, Dhaval was the CEO of GiveIndia – India’s largest online giving marketplace. during his association with GiveIndia over 8 years, he oversaw growth of individual giving in key areas from Rs. 7 cr to Rs. 42 cr. through online, payroll and HNI Giving. Dhaval has a bachelors in Computer Science from VJTI, Mumbai University and an MBA from IIM Ahmedabad. his experience over 15 years spans diverse areas of technology, management consulting and philanthropy advisory through stints at Citibank, A. T. Kearney and GiveIndia.